Just before I hop on a plane to go to my beloved sunny California, (just like every Israeli) I make a quick stop at the James Richardson Duty Free where a special Bvulgari instillation is set up to celebrate the series of their iconic perfume “Omnia”. The instillation is a fun display inspired by a fancy candy store, truly an uplifting and colorful experience before a long flight. 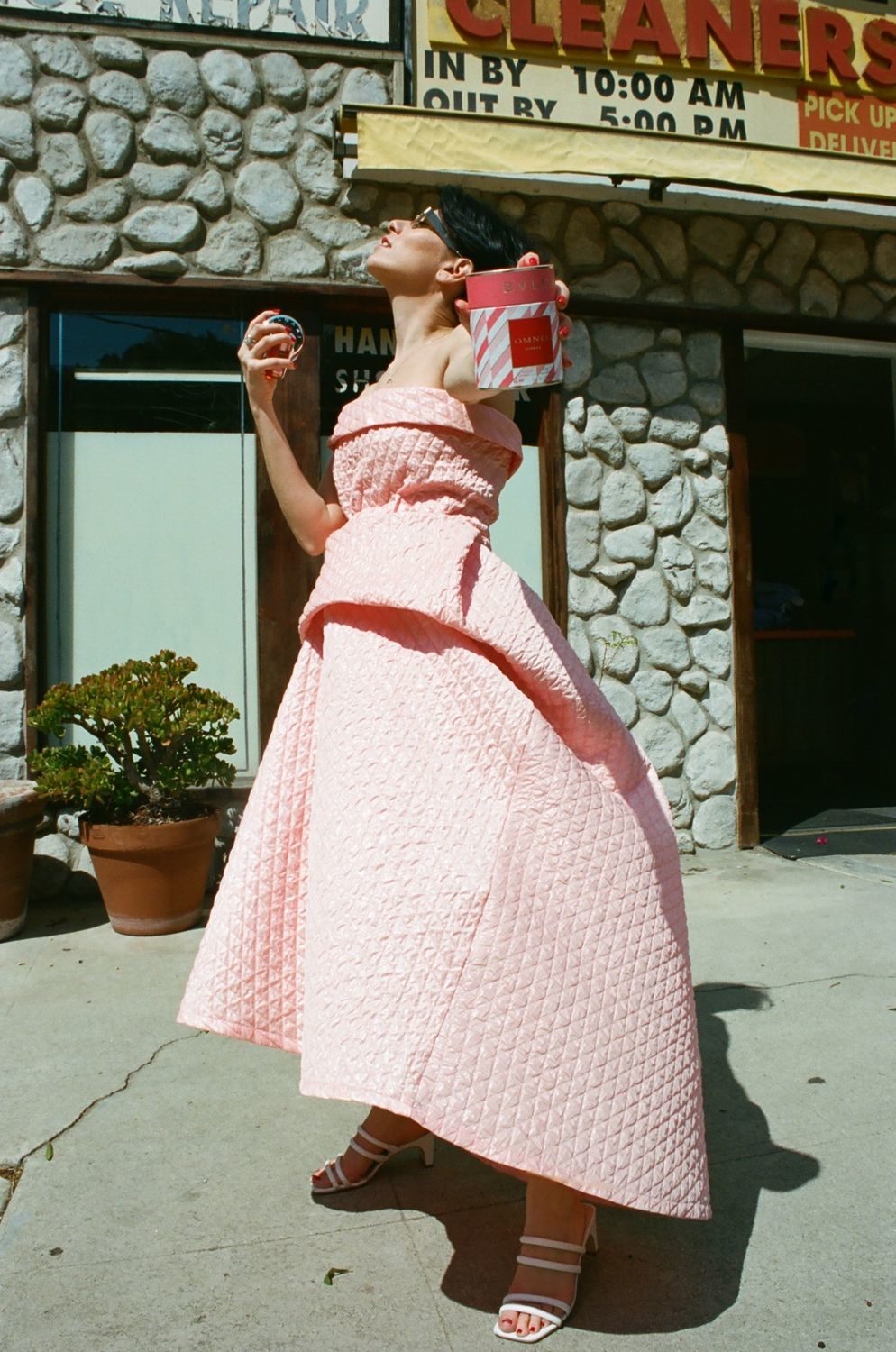 From jewelry and perfumes to resorts and lavish 5 star hotels, Bulgari is one of the most iconic luxury brands ever existed. Founded in 1884 by silversmith Sotirios Voulgaris (Italian: Sotirio Bulgari) Sotirios was a Greek immigrant to Italy. He moved to Rome in 1880 with only 18 cents in his pocket at young age with a terrific skill to work with precious metals. After working several related jobs, Sotirios opened his own shop in 1884. He laid into the foundation of the Bulgari style trademark elements of ancient Romans and Greeks and opened a couple of stores across Italy. A few years later his single jewelry shop became one of the most prestigious international luxury high jewelry brands with a distribution network of about 300 stores (including flagship stores) around the globe.

Until this day the Bvlgari style is easily recognizable by ancient elements of Roman, Greek, Italian Renaissance and the use of precious and colorful gem stones in an Art Deco style. The BVLGARI logo was used for the first time in 1934, when its gilded brass letters graced the central doorway of the Via Condotti flagship store and headquarters in Rome. In reference to ancient Rome, the “U” was replaced with the letter “V”, and a logo was born. Since then, the trademark is written BVLGARI in the classical Latin alphabet. 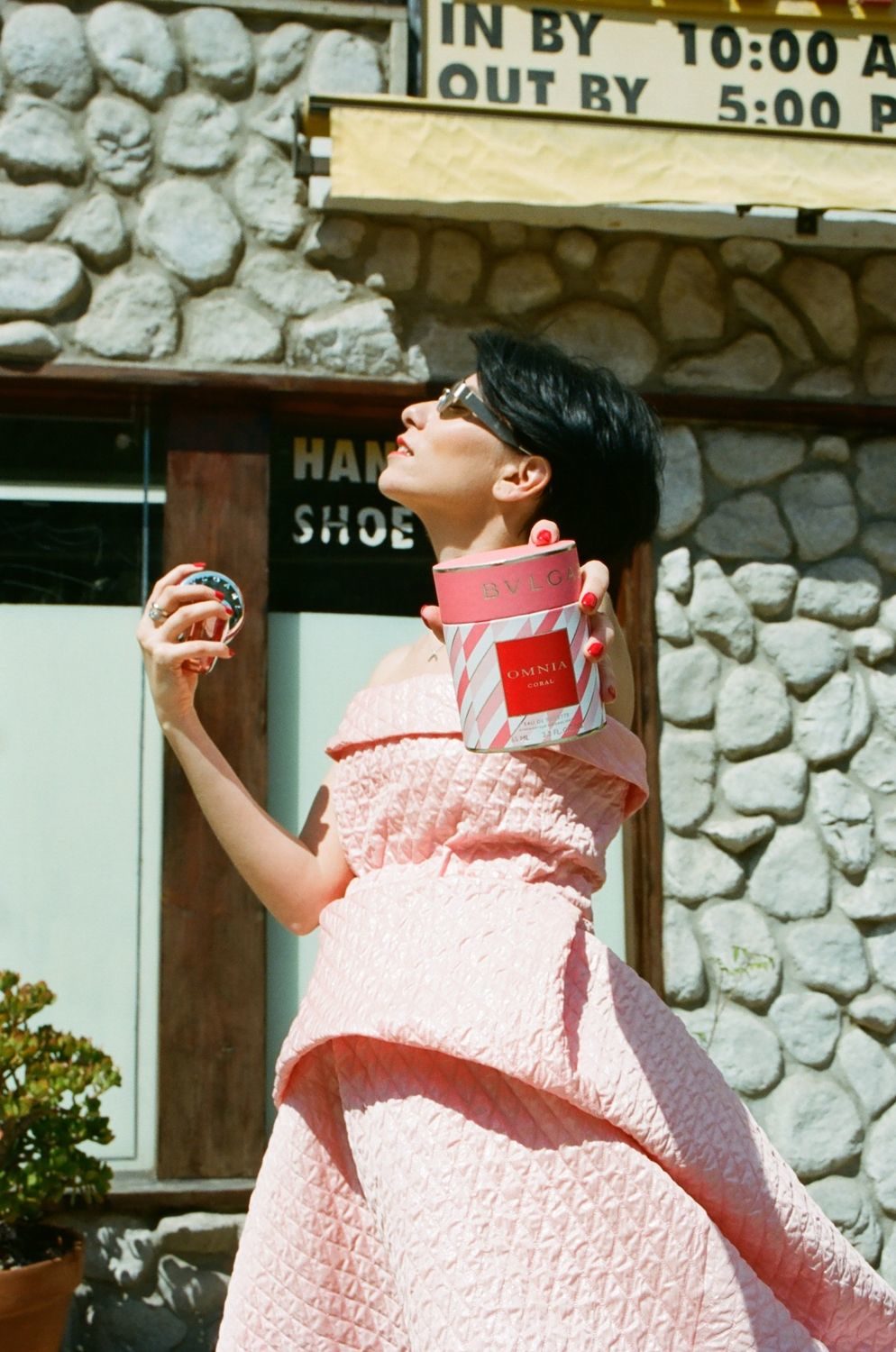 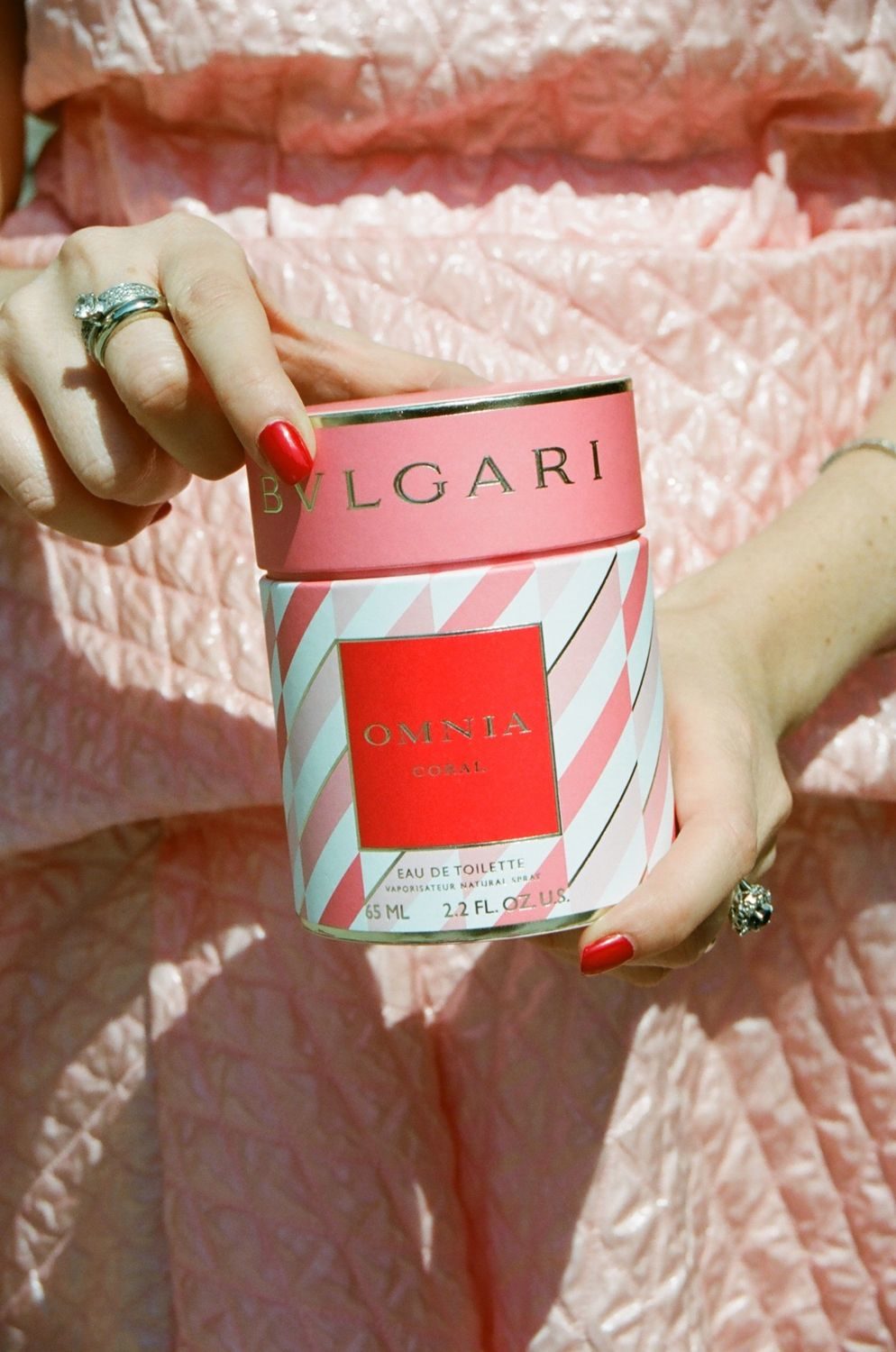 A fact that make this brand even closer to my heart is the following story: During World War II, Costantino Bulgari and his wife Laura hid three Jewish women in their own Roman home. They were strangers to them, but the Bulgaris opened their doors out of outrage for the raid of the Roman ghetto in October 1943. For their actions, on December 13, 2003, the family was awarded the title of Righteous among the Nations at Yad Vashem in Jerusalem.

The Omnia Collection has become one of the most recognized perfume bottles ever made with it’s incredibly sophisticated curvy infinity – like design reminding us of the famous radiant Bvlgari jewelry. The smell of the Coral Omnia will take you from a dip in a deep sea to an afternoon nap in an exotic garden with notes of Bergamot, Goji Berries, Hibiscus Flower, Water Lily, Pomegranate, Cedarwood. A radiant, floral-fruity scent that will send you (or at least your imagination) to the luxurious shores of perhaps one of the exotic Bvlgari resorts. By smelling the Coral Omnia my mind is definitely traveling.. Is yours? 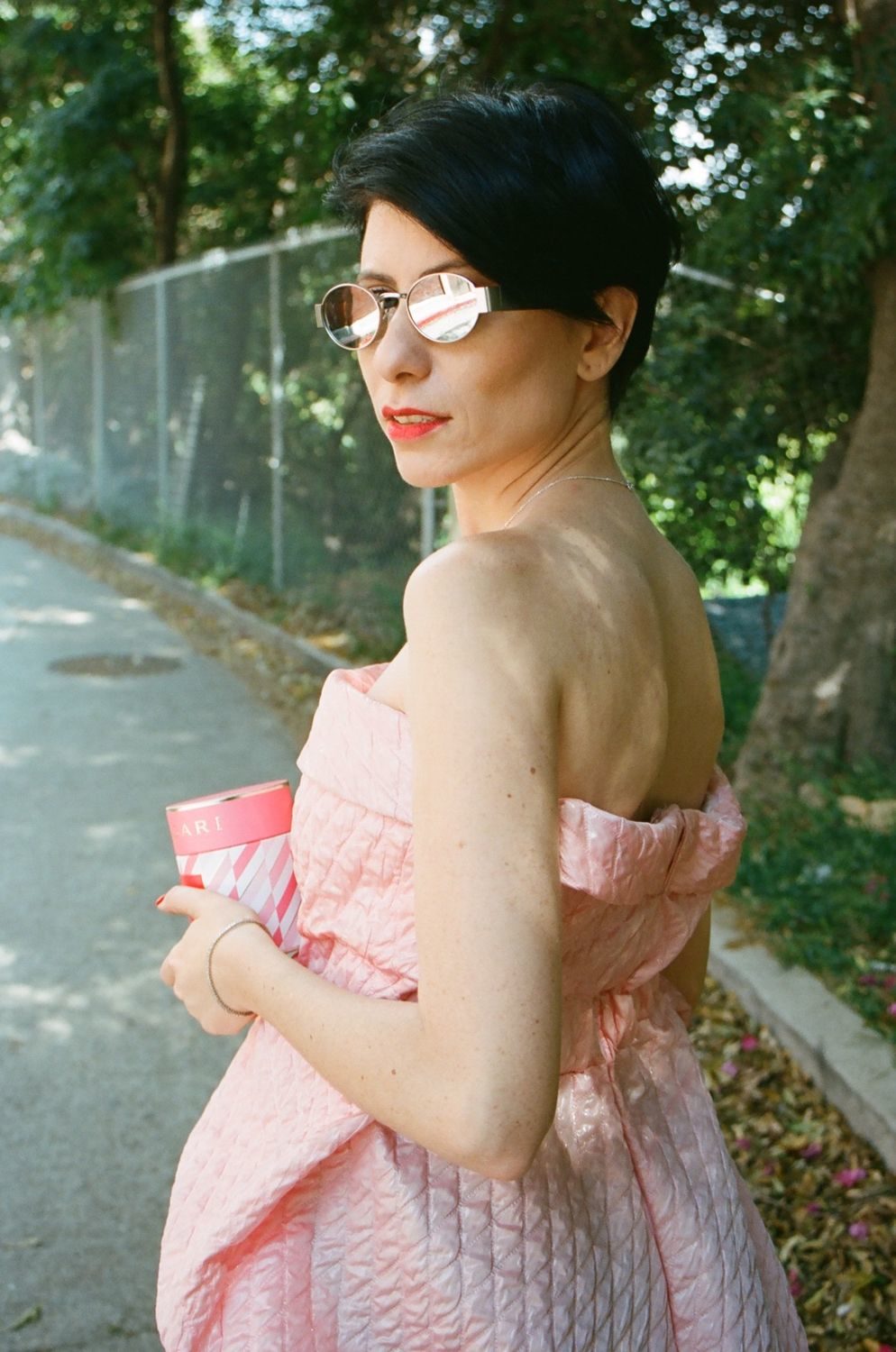 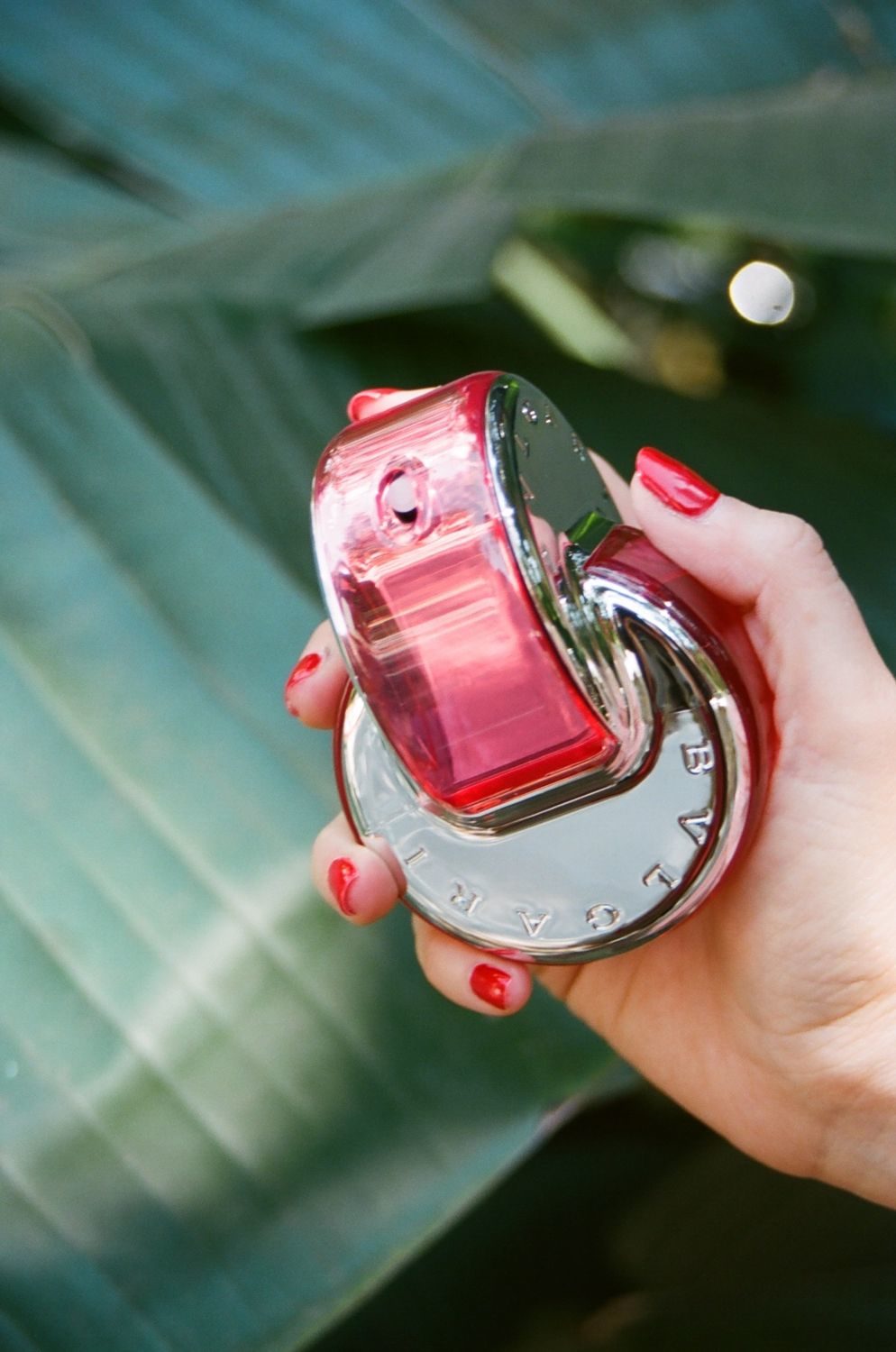 Spread the word with